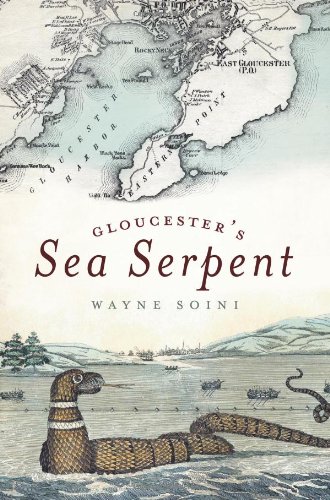 In 1817, two ladies first sighted Gloucester’s sea serpent swimming into the harbor close to Norman’s Woe. Their in the end nameless and unpublished studies touched off a riptide of pleasure among the many males across the harbor. An supposed climax, to seize or to kill the serpent, misfired when Matt Gaffney, Gloucester’s prime gun, fired a direct shot at the creature. The creature dove and resurfaced no worse for the damage. With no specimen, when the creature swam away, all that was left to Gloucester was to report and to publish what that they had seen. Native historian Wayne Soini tracks magistrate Lonson Nash’s cautious investigation–the world’s first and nonetheless the most effective scientific examine of this marine animal–and judges the credibility of quite a few reported sightings.

Be the first to review “Gloucester’s Sea Serpent” Cancel reply

In Search of a Kingdom: Francis Drake, Elizabeth I, and the Perilous Start of the British Empire